Here in the Bristol (UK) office of Oracle we’ve had about ten people working on Fn Project since May 2017. Along with the team members in the US and Ukraine (Hi Denis!) we’ve had a busy year LINK TO CHAD’S POST HERE!

Most of Fn’s code is written in Go but at the start of the year many members of the Bristol team weren’t used to golang - most of our previous projects were Clojure or Java. So there was a learning curve. Some expectations were met, and some were dashed. And we enjoy complaining. Barely a day would go by without someone crying out

How do I enum?

Now - please don’t think this post is going to be a ranty screed about how golang is terrible or anything like that. We’re all grownup enough to know that a tool can be used in a right way or a wrong way if the limitations are understood and that they all have limitations. But we do like a good moan from time to time. So, we decided to harness our frustrations for good: 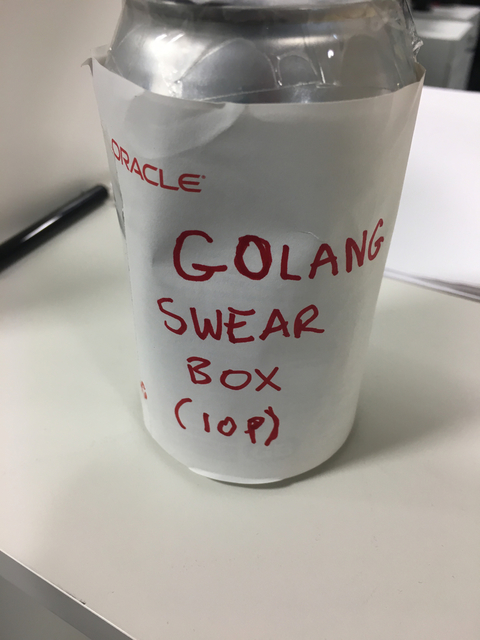 Every time some poor soul had an expectation/reality-mismatch they could simply drop 10p in the tin and be on their way, knowing that they had got it off their chest.

And now, it’s the end of the year and the swearbox is actually full. We’ve cracked it open, counted it, gotten Oracle to match the amount a few times over and round it up, and we’re donating to Women Who Code helping them to carry on the excellent work they are doing.

What made us swear

The swearbox had a space on the back where you could write down what you were complaining about: 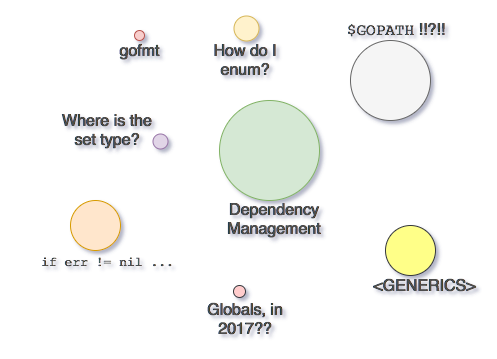 Anyway - happy holidays, see you for more Fn in the new year!