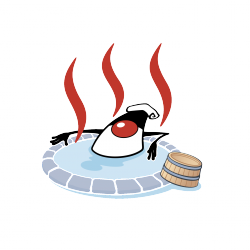 JOnsen is an unconference hosted in a Japanese onsen. This year it was hosted over three days of May in Hakone, and attended by around 30 members of the Japanese and international Java community. I had fun and learned a lot!

Although I had heard the term before, this was my first time at an “unconference” so I wasn’t quite sure what to expect. Briefly: an unconference is a kind of conference where all the timetable slots start out empty and participants choose their own agenda.

So how did we decide what to talk about? At the start of the event, and at the start of each subsequent day (and at any other random time that enough people were present) participants gathered to suggest session topics. There was no requirement that a person be an expert in the topic they suggested, they might simply want to learn more about something, or to have a group discussion and find out others’ opinions. The nominal theme of JOnsen is Java, and there were a few Java sessions, but other technical sessions were proposed and we had many non-technical suggestions too.

The topics were written onto post-its and moved to a “topic board”. Similar topics were merged, then we voted on what we wanted to discuss, and in a Just In Time manner the most popular were scheduled into the next few sessions. I don’t think any sessions were planned more than 2 hours in advance.

Each session was run by the attendees. A few were lecture-style with experts taking questions and giving explanations, but most were free-form discussion which worked well given our small numbers. JOnsen had a strict rule that “whoever is in the room is the right group”, so it was possible (and encouraged) to vote with your feet if you felt you were in the wrong place.

…in a Japanese Onsen

An onsen is a traditional style of Japanese hot-spring baths, which typically provides food and sleeping rooms (a kind of hotel, I suppose). The hot springs are large single-sex baths for up to about 30 people at once. People get cleaned in a shower room then go into the group bath, balancing a towel on their head like Duke. The water in this particular onsen was comfortably hot, and there was an open-air bath and a cold-water pluge too for the brave. As the water is fed from natural hot springs, it is typical for an onsen to be based in mountainous or volcanic areas, and Hakone is such an area, about 100km south-west of Tokyo. Japan’s mountainous regions have quite variable weather…

What a difference a day makes #JOnsenUnconf pic.twitter.com/AqDfnEPs45

Onsen food is normally pretty fancy. We had Koseki Ryori which is a traditional meal of about 10 courses selected carefully for flavour and balance. For example, this is breakfast.

As for sleeping, we slept in small rooms for 3 or 4 people. The “beds” are no more than unrolled mats on the floor and are cleared away during the daytime. One of the bedrooms doubled as the second conference room.

In an onsen it is normal to wear a robe called Yukata, or regular clothes, and JOnsen attendees wore either according to their own comfort.

Hakone is around 2 hours drive from Tokyo, but feels a world away as it is so relaxed and surrounded by such beautiful nature. I felt that the quiet atmosphere of the Onsen and the fact that all JOnsen attendees ate and relaxed together made the conference much better. I have made 30 new friends as well as learned so much about everything we discussed.

Thanks to all the attendees of #jonsenunconf! We had a wonderful time at the most relaxed @Java unconference :) pic.twitter.com/n8wiJYvcwc

There were around 30 people at JOnsen (sadly a few had left before the group photo above). Several Java Champions and active members of the international Java community, as well as many people who are newer to it. Around half were Japanese, with others from all over: UK, Mexico, Poland, US, Canada, Austria, Sweden were all represented.

With so many people from various places, the de-facto language of JOnsen was English. The use of English in the software industry was a topic that came up for discussion a few times. It seems that the vast majority of the tech industry uses English so it is advantageous to at least be able to read it well. Some Japanese attendees work to translate technical articles en->jp but they felt it would be better for Japanese programmers to understand English better.

In fact, I only counted 5 native English speakers, but all the group conversations were in English. In that sense, English can be thought of as a “glue language”. I think this is reflected in English usage globally - according to wikipedia native speakers only account for ~25% of English-speakers worldwide.

English natives should be aware of this, because it’s on us to help others. I acknowledge fully my privilege here. Native speakers sometimes use a lot of idioms and sarcasm, which can be hard to understand. While speaking: slow down and simplify. While listening: repeat and suggest alternative words/grammar. I would like to repeat my offer to help:

To any of my new friends from #JOnsenUnconf - and to anyone else - if you worry about your English for conference abstracts, technical writing or blogging, I am happy to help!

Each session had one or several moderators, whose job was to keep the converstaion flowing and avoid any one speaker or topic from dominating. The most successful moderators made sure everyone who wanted to speak was able to, without being overbearing. I think each session also had a dedicated secretary but I haven’t seen any notes online yet. As I was fascinated and absorbed by most of the discussion I made very few notes myself (sorry).

In keeping with the relaxed theme of the unconference, one of the sessions was an activity outside the Onsen. These were decided in the now familiar way of suggestions and votes. There was a trip to a local geothermal site called Owakudani, a cable-car ride to the top of Mt Hakone, a walk/swim in the nearby lake Ashinoko, and a motorcycle jaunt along the Hakone Skyline road. Because of the excellent weather (on the second day at least) and Hakone’s location, we were able to get excellent views of Mt Fuji.

The activities really helped cement the friendships we made as well as give some time outside the onsen. Of course many of the interesting technical and social discussions were continued during the activities. Naturally there was karaoke in the evening too

The unconference format is interesting - it worked very well for us. But it poses a few challenges to organizers: Although the hassle of CfP and scheduling is much less, there is more emphasis on selecting attendees. Variety is important, of background, knowledge and skills etc. It’s useful to have people who are authorities in their area, and people who are familiar with unconference formats. The other attendees were all excellent, and it’s thanks to them that we had such a great unconference. Thank you so much.

I was happy to learn so much about the Japanese software development industry - to see that the challenges they face are similar and different to ours - and to hear some interesting things from experts. I’m very grateful to have been invited and hopeful that I will be invited back to JOnsen.

On leaving we were given 3 challenges:

I gave myself the 4th challenge, to seriously consider organising an unconference in my home city of Bristol, UK so watch out for that!